Hey folks, this is Momma’s middle son, Les. I’ve been debating making this post for quite a while and with recent events I thought now was the time.

As you may have noticed, Momma hasn’t post anything since last July. At this point I’m not sure she’ll post again anytime soon. Momma doesn’t turn her computer on much these days as she’s finding it more and more difficult to remember how to use it. This includes posting to her blog. Plus, with the pandemic, she spends most of her time at home and feels like she doesn’t have much of anything to share.

So, here is a quick status update: Momma is currently in the hospital as she managed to fracture her left hip a week ago Wednesday after taking a tumble in the kitchen. We’re not sure why she fell as I was downstairs working and Anne was in the bathroom at the time, but we called her an ambulance when it was clear that she was in a lot of pain and they took her to Beaumont Wayne where they did an x-ray on the hip and a CAT scan on her head (she bumped it in the fall) and declared she hadn’t broken anything. Still, they kept her for several days because her COPD was supposedly acting up and then her blood pressure.

She didn’t come home until last Saturday and it was clear that she was still feeling a lot of pain in her leg. Moving about was only possible using a walker and most of the time she was unable to lift herself from whatever seat she was on at the time requiring me to lift her to her feet. Tuesday she was asking to go to urgent care so we contacted our doctor’s office and they suggested we take her to St. Josephy Mercy’s ER room, which is the hospital she went to when she broke her other hip shortly after moving in with me. (Apparently, she enjoyed that so much she decided to have a matching set.)

They did an x-ray and spotted a possible fracture at the head of her femur so they then did a CT scan with contrast dye to verify it. She had surgery on that hip yesterday morning. She already had a rod in that femur from a previous break over 10 years ago when she was still living in Otisville and they weren’t sure if they’d have to take that out. Fortunately, they were able to get away with a couple of screws as opposed to a partial hip replacement, which is what they had to do with the other hip.

I have no ETA on when she might be home or if they’ll put her into a rehab center like they did last time for a few weeks. I’ve not been able to contact her since she came out of surgery, but Wes did and he says they have her on some pretty good drugs based on the conversation he had. According to all reports, the surgery went well without complications and she’s recovering. If you’d like to try to reach her you can call Saint Joeseph Mercy hospital in Ann Arbor and ask for her by name and they will connect you to her room.

As for Momma’s Corner, I’ve renewed her domain name for another year and I’ll be leaving it up in case she suddenly feels inspired to start posting again. I hope she does even if it’s just to say she doesn’t have shit to talk about, but there’s a good chance she won’t so I thought I should post as to why. 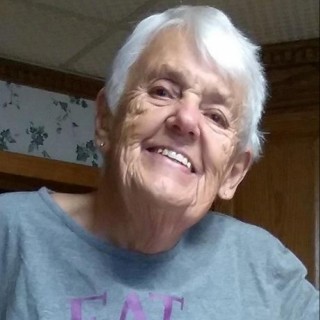